The city council in Helsinki has given the go-ahead for Finland’s longest bridge.

The 1.2km Kruunusillat - Crown Bridges - project will cross the city’s main bay, carrying pedestrians, cyclists and trams between the city centre and a new 143ha development with 6,000 housing units. 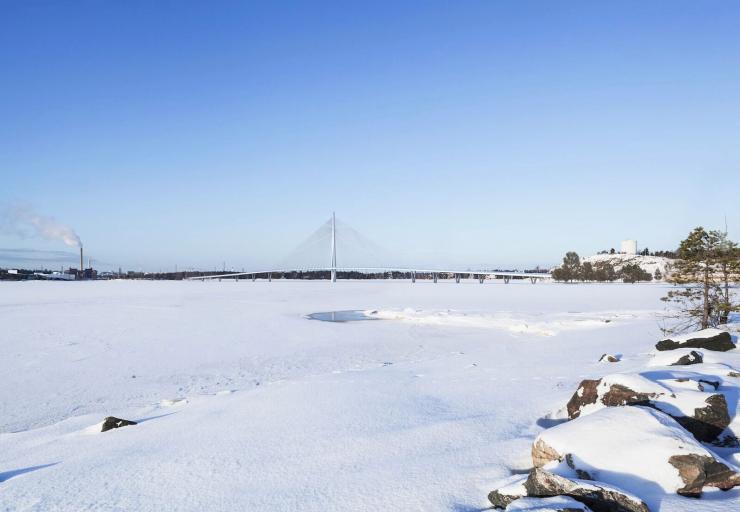 The bridge design by Knight Architects and WSP Finland was the winning entry in a major competition held by the city three years ago (link opens in new tab). The purpose of the competition was to determine what kind of bridge solutions would be feasible; at that stage there was no commitment to implement the project. The decision-making process on whether to build the bridge began earlier this year (link opens in new tab).

The centrepiece of the US$289m scheme will be the 1.2km single-pylon, cable-stayed bridge. The form of its central 135m pylon is a tall, slender diamond, with multi-faceted surfaces designed to catch light and shadow. 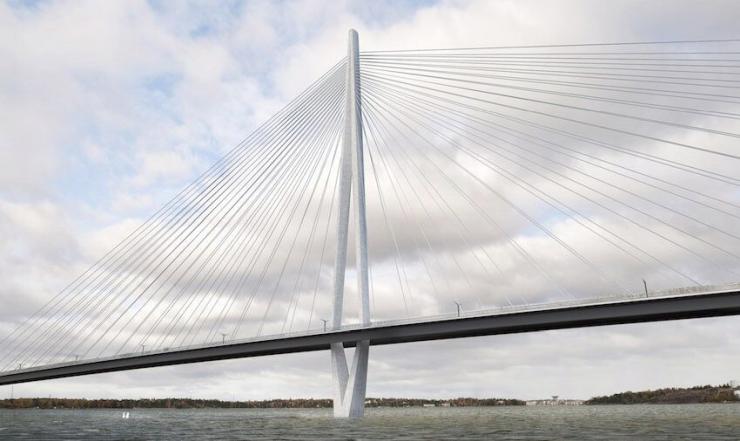 “It is fantastic news that the city has made the decision to build this scheme,” said project architect Tom Osborne. “It will extend Helsinki’s excellent public-transport system, significantly reduce journey times, and create a critical link to new developments. This will be a high-quality, lasting piece of infrastructure, which will be instantly recognisable and synonymous with Helsinki. We look forward to progressing the design with WSP Finland.”

The project will now enter the detailed design phase, with construction due to start on site in autumn 2018. The tramway is due to be opened to the public in 2025. 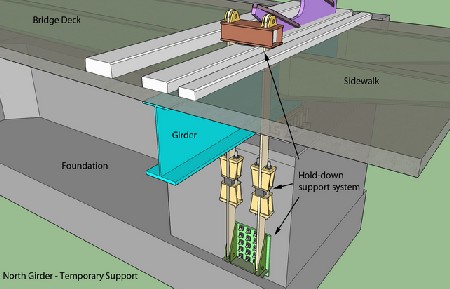