Hill International has won a US$25 million contract for construction management of the replacement of the Scudder Falls Bridge, which links the US states of Pennsylvania and New Jersey.

Delaware River Joint Toll Bridge Commission (DRJTBC) is preparing to build a new crossing - consisting of twin structures - to replace the original bridge, which was built in 1959. The project also includes improvements to the interchanges and approach roads.

Hill will be supported on the contract by principal sub-consultants Jacobs Engineering Group and Joseph Jingoli & Son. 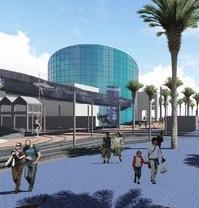