Britain's foreign secretary Boris Johnson has floated the suggestion of building a bridge linking the UK and France.

Johnson raised the idea yesterday in meetings with his French counterparts, including president Emmanuel Macron.

"I’m especially pleased we are establishing a panel of experts to look at major projects together," he said on Twitter. "Our economic success depends on good infrastructure and good connections. Should the Channel Tunnel be just a first step?"

Cowi's Ian Firth is one of those who has already responded to the idea. A bridge is entirely feasible, said Firth, also on Twitter. "It was a serious contender to the tunnel back then and is even mor feasible now. Costly, yes, but so was the tunnel." 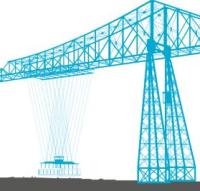