The inquiry into the M1 Grayston Bridge collapse in South Africa is resuming after being postponed.

The pedestrian and cycle bridge collapsed on 14 October 2015, resulting in the deaths of two people and injury to 19 others (link opens in new tab). The bridge was under construction at the time.

The inquiry, which was originally announced shortly after the collapse, has been repeatedly delayed (link opens in new tab). The sitting, which resumes at 9am on 26 September, is being held in terms of section 32 of the Occupation, Health & Safety Act and has been instituted by the Department of Labour’s chief inspector Tibor Szana.

The Department of Labour said that the inquiry is expected to conclude its business at the end of September 2018. 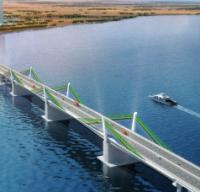