Some 450,000 mussels are being relocated to enable construction of the new Interstate 74 bridge linking the US states of Iowa and Illinois over the Mississippi River.

Iowa Department of Transportation (DOT) announced yesterday that the mussels will soon be on the move. The work is being carried out in conjunction with the Illinois DOT, both the Iowa and Illinois departments of Natural Resources, the US Fish & Wildlife Service and the Federal Highway Administration.

Relocations have been planned to keep the mussels as close as possible to their existing habitat. Crews began setting up for the relocation project yesterday and work will begin next week, weather permitting. The relocation project is being carried out by a consultant who specialises in mussels in the Mississippi River. All mussels should be relocated in approximately two months.

Work is being carried out without affecting the navigational use of the river, although recreational boaters are being asked to avoid the area if possible for the safety of the divers.

The mussels are being moved as a requirement of the Federal Endangered Species Act, which prohibits the harm, harassment or taking of a federally listed species. Three federally endangered mussels have been identified and will be included in the relocation - Spectaclecase (Cumberlandia monodata), Sheepnose (Plethobasus cyphyus) and Higgins Eye Pearlymussel (Lampsilis higginsii). 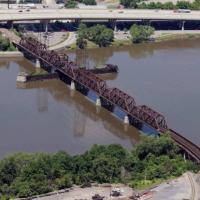 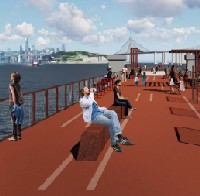