The apparent low bidder has been announced for the replacement of the Raritan River Bridge in New Jersey, USA.

Tutor Perini submitted a bid of approximately US$519m for the project to replace an ageing swing bridge that was damaged by Superstorm Sandy in 2012. Bidding had begun in December last year (link opens in new tab).

The current Raritan River Bridge is an 890m-long swing-span bridge that spans the Raritan River between Perth Amboy and South Amboy. It was built in 1908 and is the sole rail link for 17 of the 20 stations on the North Jersey Coast Line. The new bridge is designed to withstand future storm surges and be less vulnerable to severe weather. 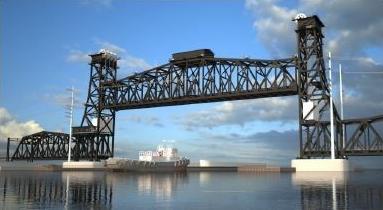 The new two-track vertical lift bridge (left) will be built on an improved vertical and horizontal alignment. An initial construction contract was awarded to George Harms Construction in June 2020. The work under the second contract includes the construction of the superstructure for the lift span and flanking spans as well as all the systems required for the movable span and the demolition of the existing bridge.

Contract award is anticipated in the fourth quarter of this year. 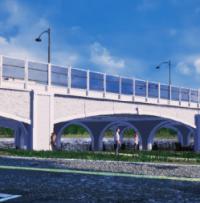