A plan to replace the St Lucie River Railway Bridge in Florida, USA, has secured the support of local county commissioners.

This week’s meeting of Martin County’s commissioners backed the proposal for the new double-tracked bridge, which is being developed by Virgin Trains USA in partnership with Florida Department of Transportation and Florida East Coast Railway. In November, the city of Stuart passed a resolution supporting the new bridge.

Virgin Trains USA is constructing the second phase of its intercity passenger rail system between West Palm Beach and Orlando. The route would go through Martin County and across the St Lucie River Railway Bridge, which was constructed circa 1926 and has a single track.

The proposal involves replacing the current structure with a new double-track vertical-lift bridge. In the raised position, the bridge would have a clearance of about 20m, approximately 13.7m feet higher than the current bascule bridge. With vertical lift down, the new bridge would have a vertical clearance of 5.5m at mean tide, approximately 3.5m higher than the current bridge. In addition, the horizontal clearance in the channel would be 55m, which is about 40m wider than the existing bridge.

Local reports have put the estimated cost of the project at US$100 million. 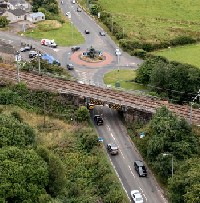 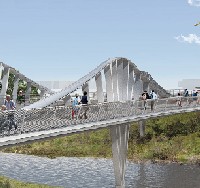 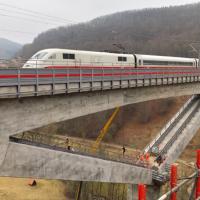 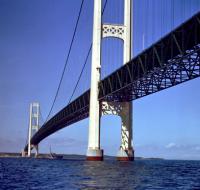