A Linden Comansa tower crane has started work on Canada’s New Champlain Bridge and is set to grow taller as the project progresses.

The new bridge will feature a 170m-tall main pylon, which is being built with the support of the Linden Comansa model 21LC550 crane. The crane arrived on site in Montreal last month and was erected on the deck of the bridge with a height under hook of 67.8m. When the work of the 21LC550 ends, the crane will be 180m tall from the base of the pylon, 123m from the deck of the bridge.

The Linden Comansa crane, model 21LC550, is building the bridge’s main pylon, which will be 170m tall (photo by Paul Eifert). 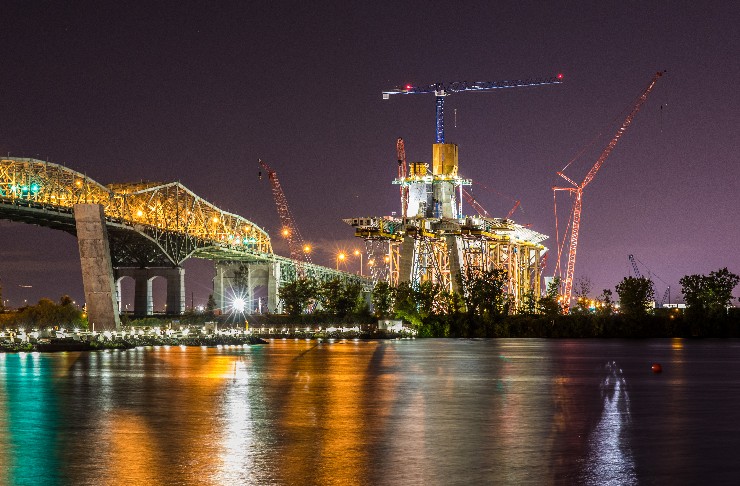 Montreal’s 21LC550 has maximum load capacity of 25t to lift large precast concrete structures and heavy formwork panels. Another version of the crane is available with maximum load of 20t.

The Signature on the Saint Lawrence Group - formed by SNC-Lavalin, ACS and Hochtief - began work in 2015 on the new bridge, which is located close to the existing crossing. Extreme weather conditions in Montreal, as well as the use of road salt, have led to the old bridge suffering progressive deterioration that maintenance and repairs have been unable to stop. 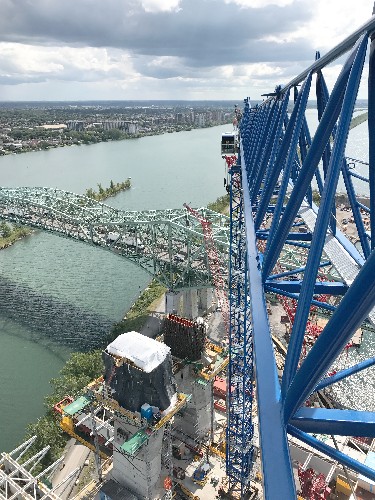 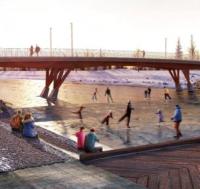