The winning entry has been chosen in the design competition for a 270m-long crossing of Fossvogur Bay in the Reykjavík area of Iceland.

The two-stage competition has been won by a team made up of EFLA and BEAM Architects. Fifteen teams took part in the first stage, with three invited to compete in the second stage.

The competition judges described the winning proposal, which is called Alda, as being plain but at the same time powerful. They said that the bridge seems simple at first glance but grows on closer inspection, adding that it fits effortlessly into its surroundings and that the soft wave shape is an interesting reference to the waves of the sea. 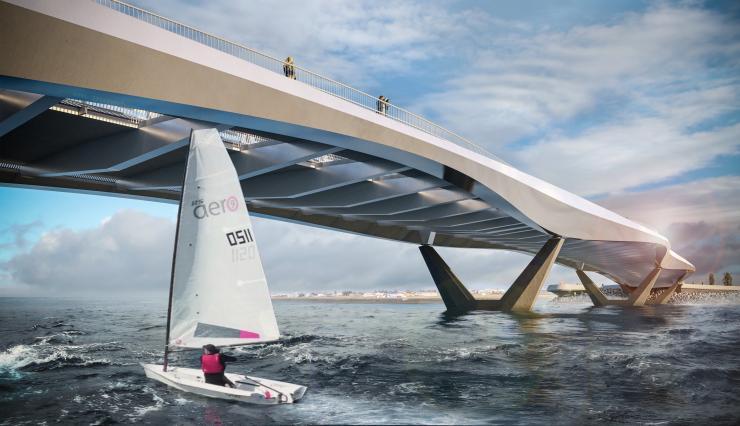 The judges also liked that the design of the bridge takes into account that its lower surface is visible from a large stretch of the coastline. They also praised the consideration given to traffic for all modes of transport and that connections to the end of the bridge have been well developed. The distinction between different modes of transport is well-defined, which contributes to the safety of all road users and access for all, they said. It is an advantage that cyclists can choose between cycling more quickly along a path on the west side that is only for bicycles, or using the east side's wider path for pedestrians and slower bicycle traffic, they found.

Four criteria were used to evaluate the proposals. Alda received a score of 110.4 points out of a possible 130. 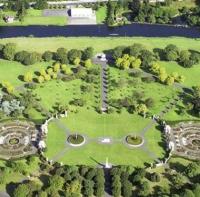 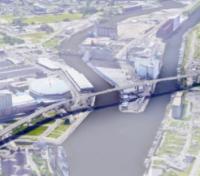