Bridge of 46,000 tonnes rotates into place

A bridge more than 260m long has been swivelled into position this week in the city of Boading in North China’s Hebei province.

The cable-stayed bridge over the Beijing-Guangzhou Railway was constructed by the South Branch of the China Construction Communications Engineering Group Corporation and rotated into place in two halves. It took just 68 minutes to move the structure through 52.4°, according to a report on the Chinese government’s website. The diameter of the spherical hinges used in the project was 6.5m, which is claimed to be a new world record. 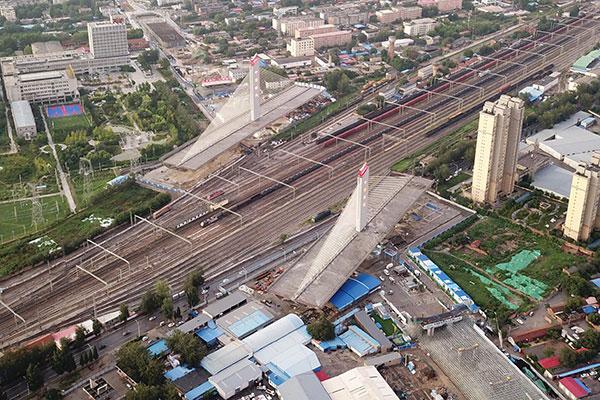 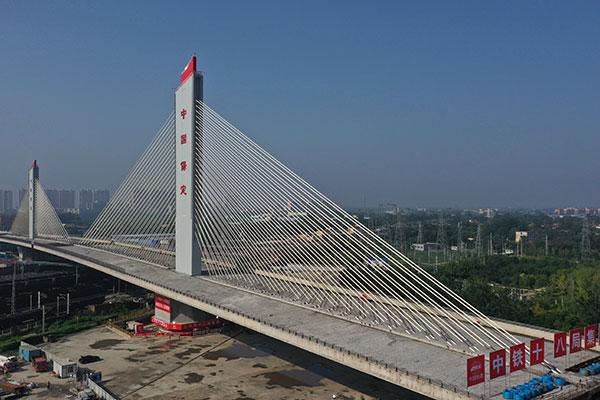 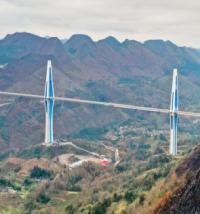