A consortium of three contractors has been appointed to build the fourth cross-sea link between Macao Peninsula and Taipa Island.

The project involves the construction of a bridge with a length of about 3.6km including two maritime navigation spans.

The total project price amounts to approximately US$650 million and the planned construction period is 1,098 working days.

Arup was appointed in 2017 as the Macao government’s consultant on the project. A supplementary study on the navigation channels was begun in August 2017 (link opens in new tab). 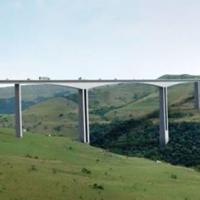