The US government has awarded a grant of US$90 million towards the replacement of a bridge that provides a key road transport link for space missions in Florida, USA.

The plan is to build twin high-level bridges to replace the Indian River Bridge as part of the masterplan for Cape Canaveral Spaceport.

The National Aeronautics & Space Administration (NASA) had identified the need to replace the 55-year-old bridge, which provides a key link between Kennedy Space Center, Cape Canaveral and State Road 405. The cost of the replacement was estimated at US$140 million in 2017.

Senator Marco Rubio welcomed the announcement of the funding, which comes in the form of an Infrastructure for Rebuilding America (Infra) grant. “As the existing bridge nears the end of its service life, it is critical that we replace the Indian River Bridge to support the increased activity and the ambitious future mission launch schedules by commercial and government entities on Florida’s Space Coast,” he said. “I was proud to support this application put forth by Space Florida in partnership with NASA, the Florida Department of Transportation, and the Space Coast Transportation Planning Organization. We cannot achieve our greatest aspirations in space without first providing the necessary infrastructure to ensure that Kennedy Space Center and Cape Canaveral can accommodate our booming space economy.” 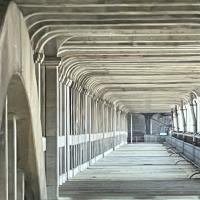