The prime minister of Romania has confirmed plans for a new bridge over the River Danube.

The aim is to develop the project as a public-private partnership, said prime minister Viorica Dancila. The Transport Ministry and the National Commission for Strategy & Prognosis have authorised to take the legislative and organisational steps needed for the plan to be carried through as soon as possible.

The bridge at Zimnicea will represent a major investment for Romania, Bulgaria and other states in the area, said Dancila, who was speaking at the start of a meeting of the country’s cabinet. “It is a project that we decided to achieve as rapidly as possible alongside our friends from the south of Danube,” she said. The plans have already been discussed at meetings with Bulgarian government representatives including prime minister Boiko Borisov. 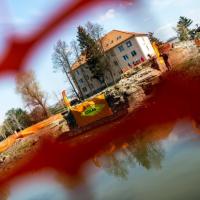