The second section of deck has been installed for a structure to replace the bridge which collapsed last year in Genoa, Italy.

On 7 November, two cranes lifted the 50m span into position between piers four and five at a height of 40m, connecting it to the first section placed on 1 October between piers five and six. A further 17 sections of deck will be lifted in the coming months. Most of these will measure 50m, except three 100m spans each at the centre of the structure and the first and final spans of 40.9m and 26.2m, respectively. 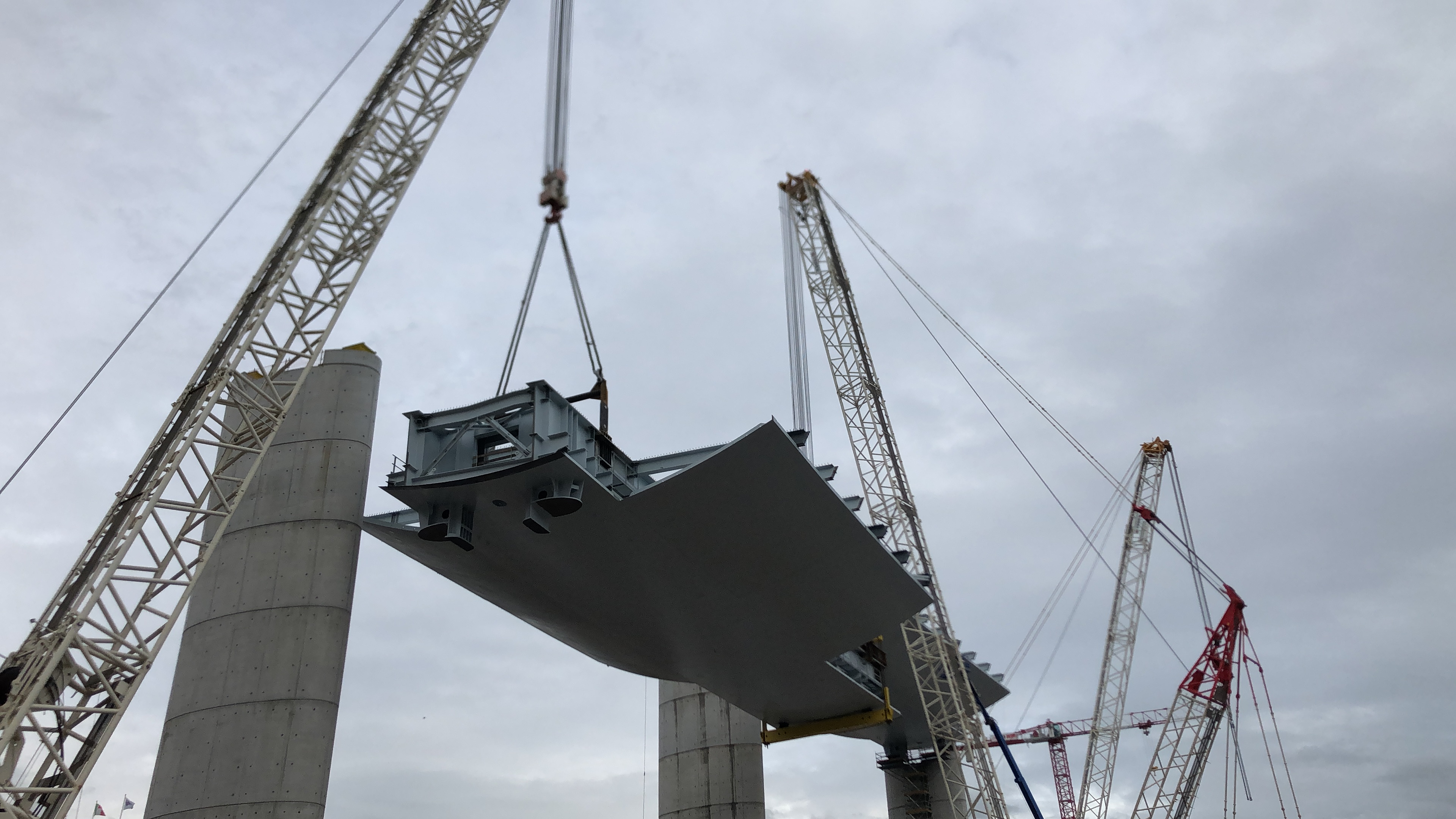 On the ground, assembly operations are ongoing for the sections of deck running between piers three and four, six and seven, seven and eight, and eight and nine. Site workers are taking shifts day and night to build the 18 reinforced concrete piers, seven of which are expected to be completed by the end of the week.

The 1,067m link is being built by Pergenova, a joint venture by Salini Impregilo and Fincantieri, and was conceived by the architect Renzo Piano. The first span was installed last month (link opens in new tab). 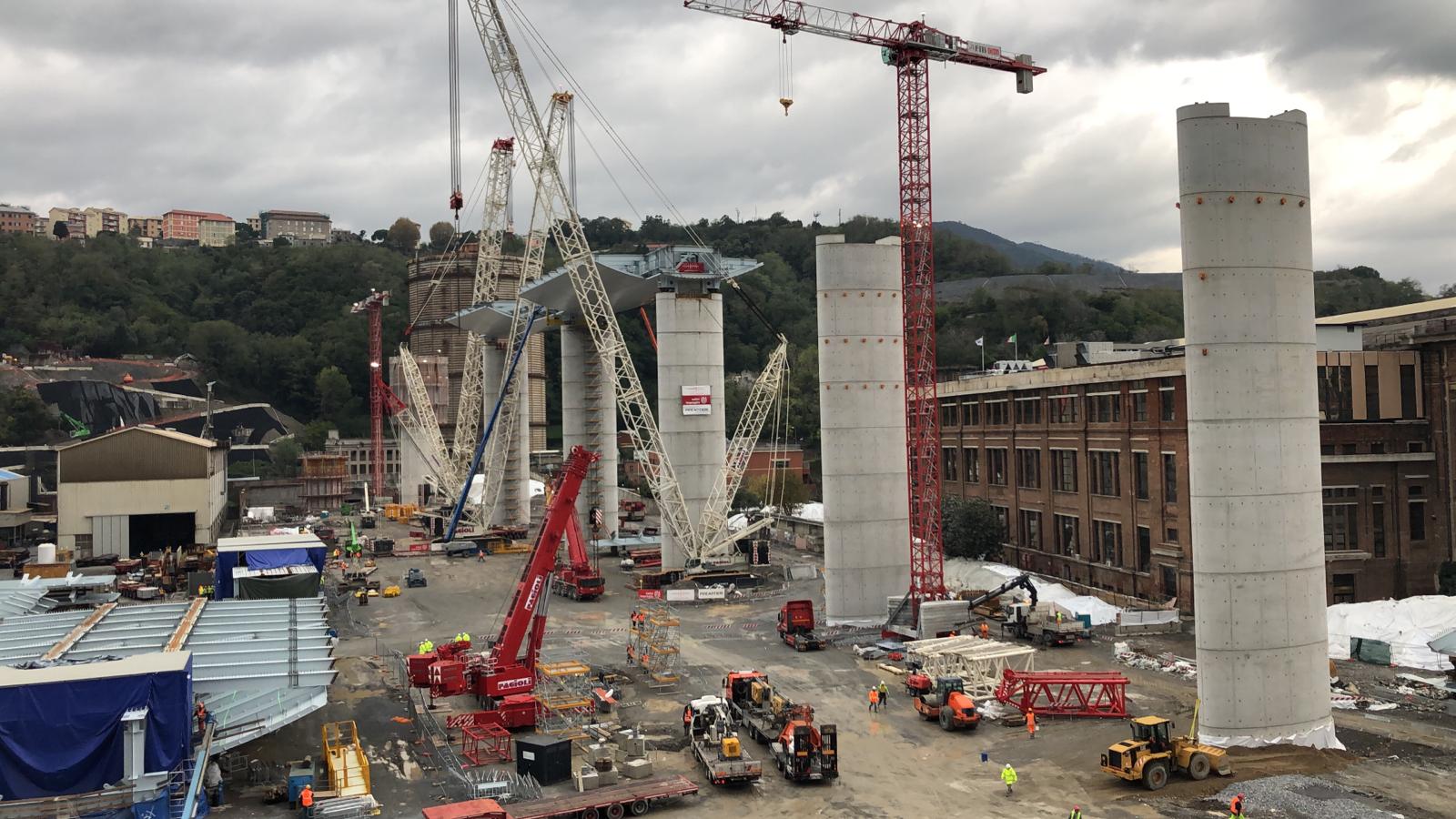 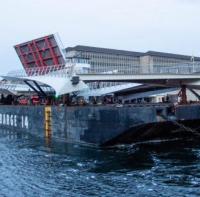