The USA’s Occupational Safety & Health Administration (Osha) has found that safety failures led to the death of a welder at the Bonner Bridge demolition project.

The contractor faces two citations for serious safety violations after Osha found that that it overloaded a bridge section, leading to collapse and a fatal fall.

The federal workplace safety investigation found that established procedures were ignored, causing the 42-year-old welder on the Bonner Bridge in Rodanthe, North Carolina, to fall more than 15m to his death when the structure collapsed on 14 April.

Osha, which is part of the US Department of Labor, cited PCL Civil Constructors with two serious violations for failure to use engineering surveys or calculations to control the structure’s stability and avoid unplanned collapses. Osha also found the employer overloaded bridge sections beyond weight capacity and exposed workers to struck-by and crush-by hazards. Osha has proposed US$23,210 in penalties.

“PCL Civil Constructors violated federal safety standards and a worker needlessly died as a result,” said Osha area director Kimberley Morton. “If they had followed well-known standards, this tragic loss of life could have been prevented.” 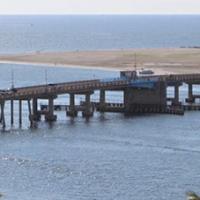